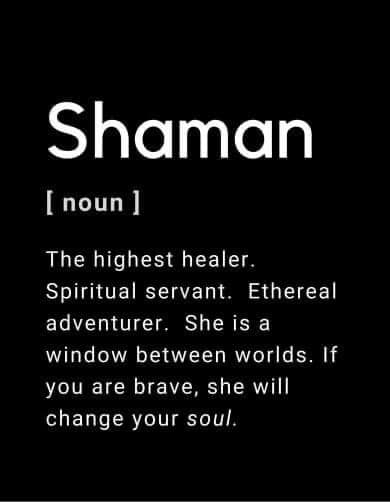 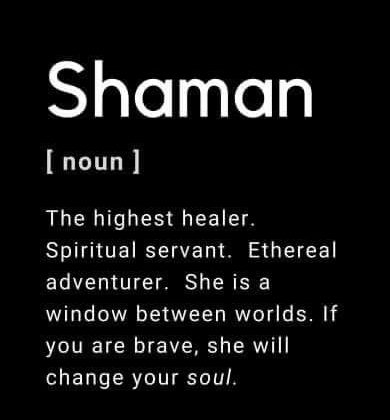 Patriarchy Against the Feminine in Shamanism

I feel saddened to be having to write this post, which is about men being triggered by women talking about the feminine in Shamanic culture. This sadness stems from the realisation that patriarchal energy is still alive and strong even in the spiritual community – and I have seen it flowing through women too.

When I read this post from a Shamanic group on my FaceBook newsfeed I felt my heart open with a really powerful resonance. 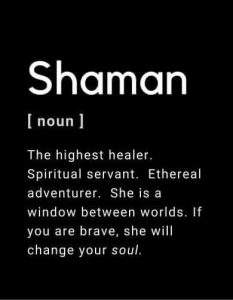 I received the realisation of looking back at a long linage of women who were in service to others and I felt fortified by that strong female heritage behind me. It felt empowering to be part of that history.

At no point did I consider that making a statement about the feminine in relation to Shamanism would be considered to be controversial by anyone. Surely my male friends would want to celebrate the feminine energy if they knew of its power?

Apparently not. It seems that some men read this post and became upset. But instead of walking away from it with the realisation that they need to go and work on their own stuff, they stopped to take the time to project their issues onto me.

The first man said ‘why not a man?’. Well my initial response was that I didn’t say that a Shaman couldn’t be a man. Indeed much of the history of Shamanism is written by men and is about men. As a female Shaman I often feel excluded by the strong masculine energy within the practice which is similar to how I felt twenty years ago as an art student walking the halls of big museums looking at the world through the male gaze.

The past 5,000 years of patriarchy have successfully edited the feminine influence from every aspect of social history so that as a female scholar one struggles to find books about women artists or Shamen written by women and focussing on feminine perspectives. The further back in history we go the stronger the male narrative becomes with misogynistic tendencies completely normalised and accepted.

I was listening to a podcast by Gene Decode last night. He is a former military man who had a spiritual awakening and is now an intuitive in the truther movement discerning what is true intelligence about current events by using his psychic abilities. A caller into Gene’s Q&A show asked why there were missing elements from both the Platonic Solids (Spheres and Toroids) and the Greek Elements (Aether, Wood, and Metal). Gene responded that the missing elements are feminine and that feminine has been disregarded by the control system because of its power. Hence we had witch hunts where it was acceptable to falsely accuse a woman, subject her to sexual abuse, and then kill her in the most horrific way as a sacrifice to Satan.
He said that if society knew the true power women hold then all the repression would stop.

Later on another post popped up on my newsfeed which again observed the role of the feminine in Shamanic practice and related it to creative force women hold. It was attributed to an article in Tom Tom magazine but the author was not mentioned.

The most interesting and least well-known aspect of shamanism is the traditional role of women, both as shamans and drummers. British scholar Geoffrey Ashe wrote that shamans were originally women, and that the oldest form of the word ‘shaman’ is gendered female. Across Asia, female shamans have been observed since the dawn of modern anthropology, and even male shamans in some native cultures around the world have worn women’s clothes and striven for an androgynous persona in ritual to better connect with the spirit world. Some of the oldest known ritual burials were of female shamans or priestesses, in areas as far apart as Germany and Israel, dated from 8,000-12,000 years ago. How women came to embody this role so early in human history isn’t known, though their ability to produce life is most likely the answer. Ritual drums were often painted red to depict menstrual blood, had symbols of the vulva, and rituals centered around fertility and fecundity.

Feminine power therefore stems from the womb and the unique female ability to create new life which in turn feeds into the healing role of the Matriarch in tribal culture. It is an older woman’s life experience and deep understanding of the body and its natural cycles and magical rites of passage from maiden, mother, to crone that brings her to the role of healer. By coming to terms with the rhythms and changes in her own body she can assist others who are experiencing the same issues. She can guide the younger woman through menstruration, pregnancy, birth, mothering, and the menopause helping her to find the lessons and gifts they bring.

This notion of feminine bodily experience as the root of healing others is echoed in the words of Jane Hardwicke Collings founder of the School of Shamanic Womancraft in Australia:

The shaman was the community healer, seer and gatekeeper between the worlds, the spiritual ceremonialist and often the midwife. She worked with herbs, dreams, symbols, ceremony, ritual, oracles and journeying in trance states to other realms for the purpose of healing and mediation for others. Nature was her guide; she understood the interconnectedness of all things.
https://schoolofshamanicwomancraft.com/wp-content/uploads/2018/05/Shamanism.pdf

It is likely that early tribal cultures would have found the process of gestation and birth a magical alchemical act. The ability to make another human from sperm inside the magical space of the womb would have revered the feminine in society. Men perhaps would have marvelled at the ability of their beloved to bring an heir of a blood lineage. This reverence is likely what first created the matriarchal cultures that came before patriarchy.

But I experienced anything but reverence for the feminine from a male Shaman friend of mine. When I read his response my heart shuddered with disgust for what he had written: that I was wrong. It is interesting that he was projecting his anger at me because the words I posted were not mine, they were written by a male writer. Therefore should it not be the writer who is wrong?

As a former admin on a natural health group I know how those who are Archontically controlled can deplete our energy with pointless arguing. As such I have learned to let others hold their own opinions without wasting my time giving the alternative view. If people try to argue with me now I just scroll past and feel confident in my ability to not allow others to intrude into my personal space. I hold my frequency high and am unaffected by the anger of others.

I deleted the comment and deleted the person as a friend as it isn’t the first time I have felt this intense negative energy directed towards me from him. I wondered though, what evidence is there that I am wrong? Of course in his egoic state of anger at my audacity as a female to associate Shamanism with the feminine he did not cite any published works.

So I decided to do my own research into the notion of the feminine in Shamanism and I’ve been fascinated with the research I have found – expect more from me on this topic.