The Sun Goddess and Her Female Reindeer

During this time of the Winter Solstice I have enjoyed researching its rich history and origins in Shamanism.  But I have been saddened to discover how the Patriarchal energy, that has pervaded the World for thousands of years, has distorted our ancient traditions into a celebration of superficial excess whilst also negating the role of the feminine.

This negative energy concocted the religions and customs of the West by taking elements that had previously been known in Shamanic culture as belonging to the feminine, and flipping them into the Patriarchal masculine inversion. Here I am making a distinction between the toxic Patriarchal Masculine of ego as the opposite of the true Divine Masculine of pure love which, when partnered with its Divine Feminine counterpart, both internally and in a physical relationship, creates a powerful tortodial field capable of smashing the Archontic control matrix.

This shift from the Divine Feminine to the toxic masculine has also had the effect of causing an important celebration of the seasonal calendar to turn into an opportunity for the retail industry to make greater profits. The concept of Father Christmas has become a recent symbol of our consumerist society which requires us to buy more stuff for each other as a national custom. This is a subversion of the original notion held by the ancient indigenous shamanic cultures of Siberia, Norther Norway, Finland, and the Arctic Circle.

The patriarchal energy further distorts the truth of the Winter Solstice by negating its feminine origins, using the male as the central figure: that of Father Christmas delivering gifts on a sleigh pulled by his male reindeer Rudolph. Thousands of years ago it was the female reindeer who drew the sleigh of the Sun Goddess at the time of the Winter Solstice. She was the ancient Deer Mother who flew through the darkest night with the life-giving light of the sun in her horns.

Across the British Isles, Scandinavia, Russia, and Siberia she was a revered spiritual figure associated with fertility, motherhood, regeneration, and the central theme of the winter solstice: the rebirth of the sun. It was the Deer Mother who took flight from the dark of the old year to return the light and new life.

She is the only one able to take on this role because it is only the doe who retains her antlers at this time of year; the male reindeer shed their antlers. And because of this is the female who leads the herd in winter. Therefore, in indigenous shamanic cultures it would be impossible for Rudolph to take on this role. The symbology of a male reindeer with antlers during the winter can only exist as a distortion in the false illusion of our contemporary world.

Since the early Neolithic period, the female reindeer as leader of the winter herd was honoured by the Northern people as the ‘life-giving mother’. As a symbol of her importance her antlers were placed in shrines and on altars, used in ceremonial burials, and worn as shamanic headdresses. The antlers were often depicted as the tree of life, holding birds together with the sun, moon, and stars.

Her image was celebrated in carved stone, woven ceremonial cloth, painted drums, jewellery, and tattoos and reindeer, with their antlers intact, were depicted leaping or flying through the air.

The Sun Goddess is known in Nordic countries as Beaivi and she is associated with motherhood, fertility of plants, and the reindeer. She was often depicted with her daughter in an enclosure of reindeer antlers performing a ceremony for the return of green to the land.

Other Winter Goddesses from Northern legend also flew through the skies with flying animals. The Lithuanian and Latvian goddess of the Sun, Saule, travelled the heavens in a sleigh pulled by horned reindeer throwing amber pebbles into chimneys as symbols of the regenerating sun.

It is often said that the Pagan origins of Christmas can be observed through Santa’s red and white outfit, which has its origins in the red and white amanita mushrooms ingested by shamen in order to travel to other dimensions.

But it was the female medicine healers, not the male shamen, who wore ceremonial red and white costumes trimmed with fur together with horned headdresses or red felt hats. So Santa’s outfit is another Patriarchal distortion of the feminine which takes elements from an ancient ceremonial healing tradition and turns them into superficial symbols of consumerism.

Let us remember our Celtic origins by celebrating this important date on our seasonal calendar. 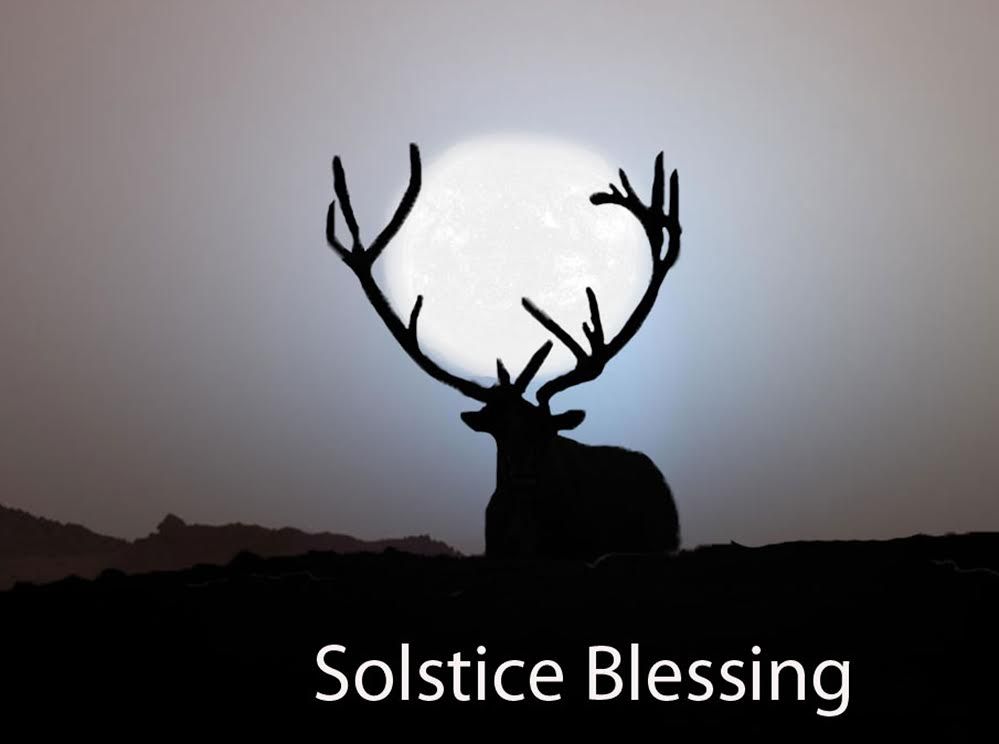 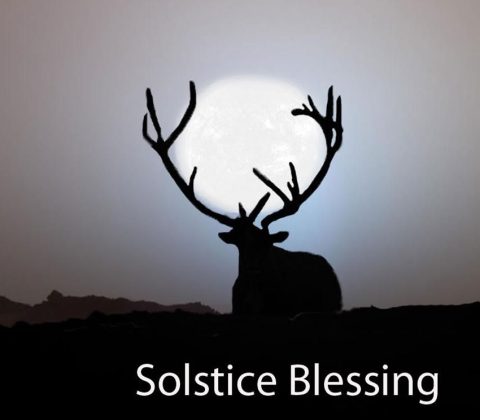 This year my family and I will be celebrating the Winter Solstice on the 21st of December (Northern Hemisphere), instead of Christmas. We will eat our favourite seasonal foods before lighting the fire pit and drumming to welcome the return of the light.

Our Celtic ancestors were used to living in harmony with Mother Earth; celebrating the cycles of the year. They recognised the Winter Solstice, or Yule, as being a powerful transition marking the shortest day and longest night of the year.

For them it was a celebration of the end of the darkness and a return to the light. At this time the goddess rests in her Dark Mother aspect preparing to give birth to the Sun God and the New Year through her night-sky womb. The rebirth of the Sun was welcomed with giant bonfires and drumming throughout the night.

We can light a Yule candle to welcome the return of the Sun and go inwards to feel what we want for the new phase by sowing the seeds of our dreams that will take root in the spring.

The Yule Log
Traditionally a log found in the woods was decorated with some sprigs of evergreen tied with a red ribbon and put in the fireplace. You can write your wishes for the new year on slips of paper and tuck them under the ribbon. Burn the log saving a piece for the next years celebration to acknowledge the completion of the cycle.

Candle Log
Take a small log with a flat base and drill holes for the candles and place on the dining table.

Yule Candle
A large red or white candle set among seasonal greenery. You can anoint the candle with seasonal oils or herbs, focussing you intentions for the new year. Light the candle at dusk and allow it to burn until the following morning. Write your wishes on paper, light them with the candle flame, and place them in a burning bowl to release your prayers to the spirit realm.

Light a Fire
You can light a fire outdoors to enjoy the dance of the Fire Sprits. Drum to assist with the birthing of the Sun.