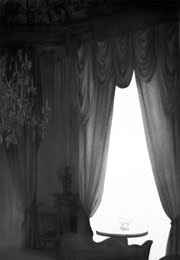 Long & Ryle will be showing two new drawings which take film as point of departure:

House by the River, references Fritz Lang’s gothic noir film of the same name in which ominously billowing curtains move out of the shadows to strangle a murderer.

The Conversation, considers themes of obsessive secrecy, privacy, and the ambiguous nature of a conversation overheard in a hotel room taken from Francis Ford Coppola’s film of the same title.

The 25th edition of London Art Fair brings together over 100 leading galleries from across the UK and overseas. Museum-quality Modern British art is presented alongside contemporary work from today’s leading artists, covering the period from the early 20th century to the present day.